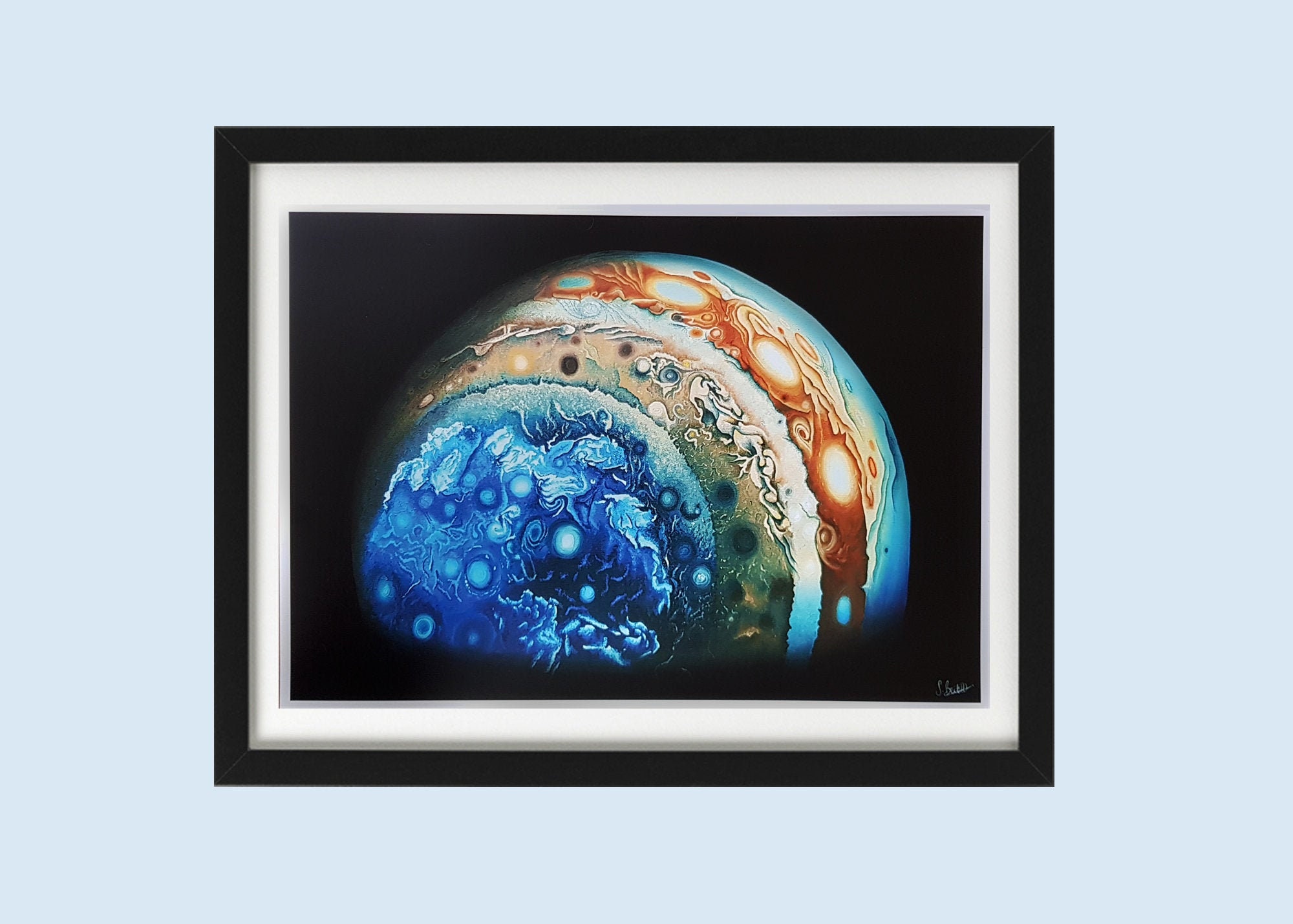 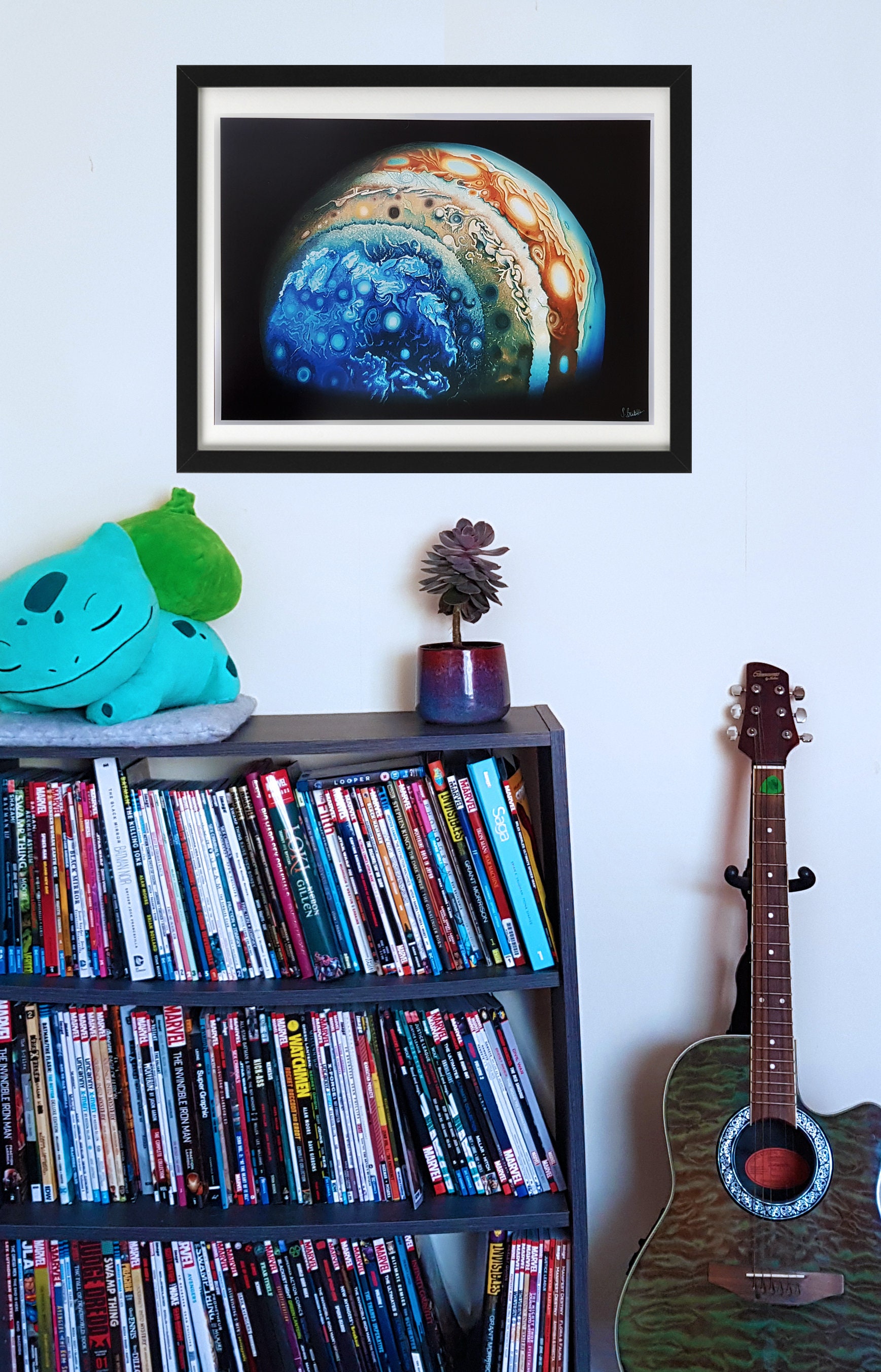 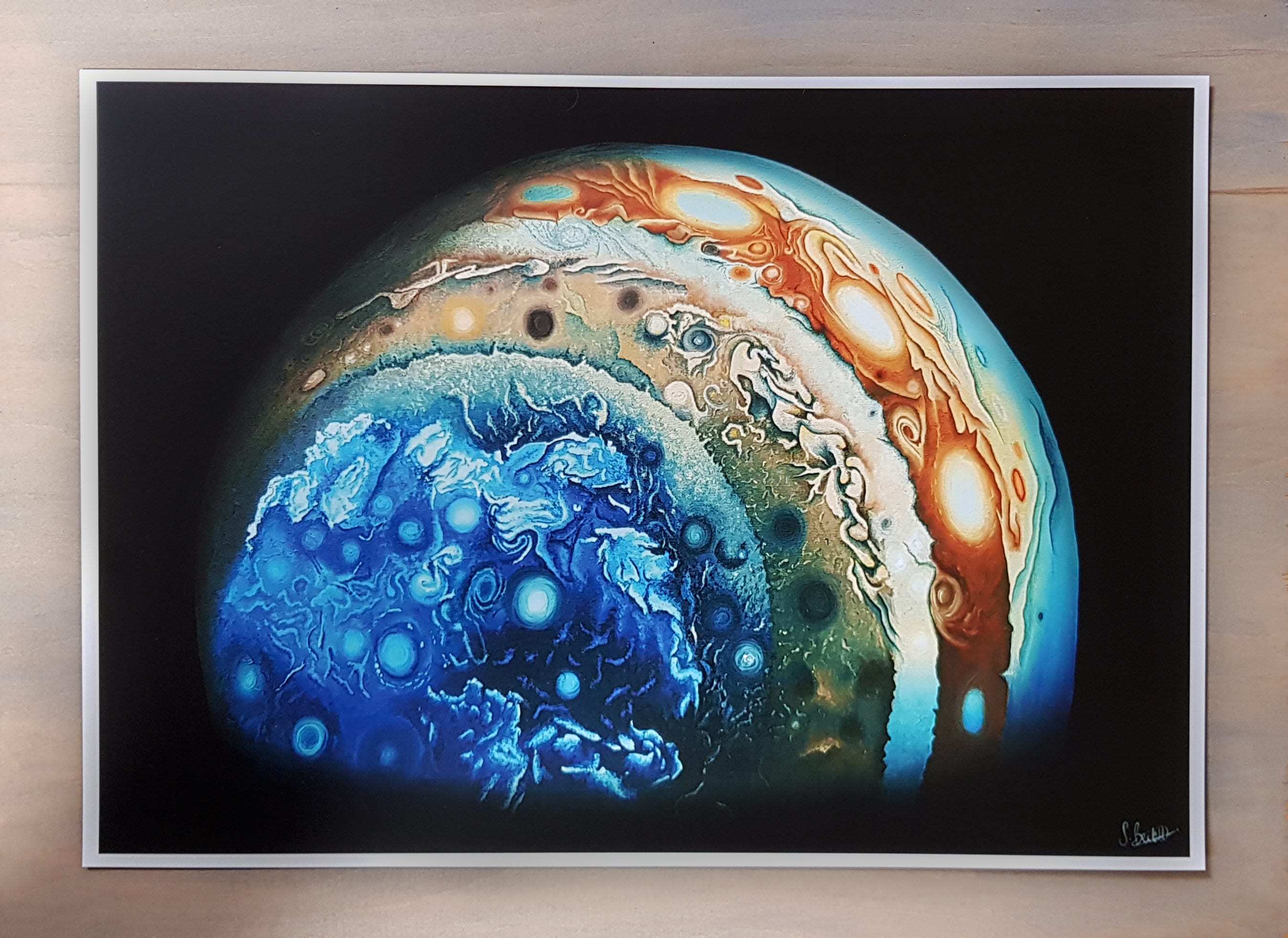 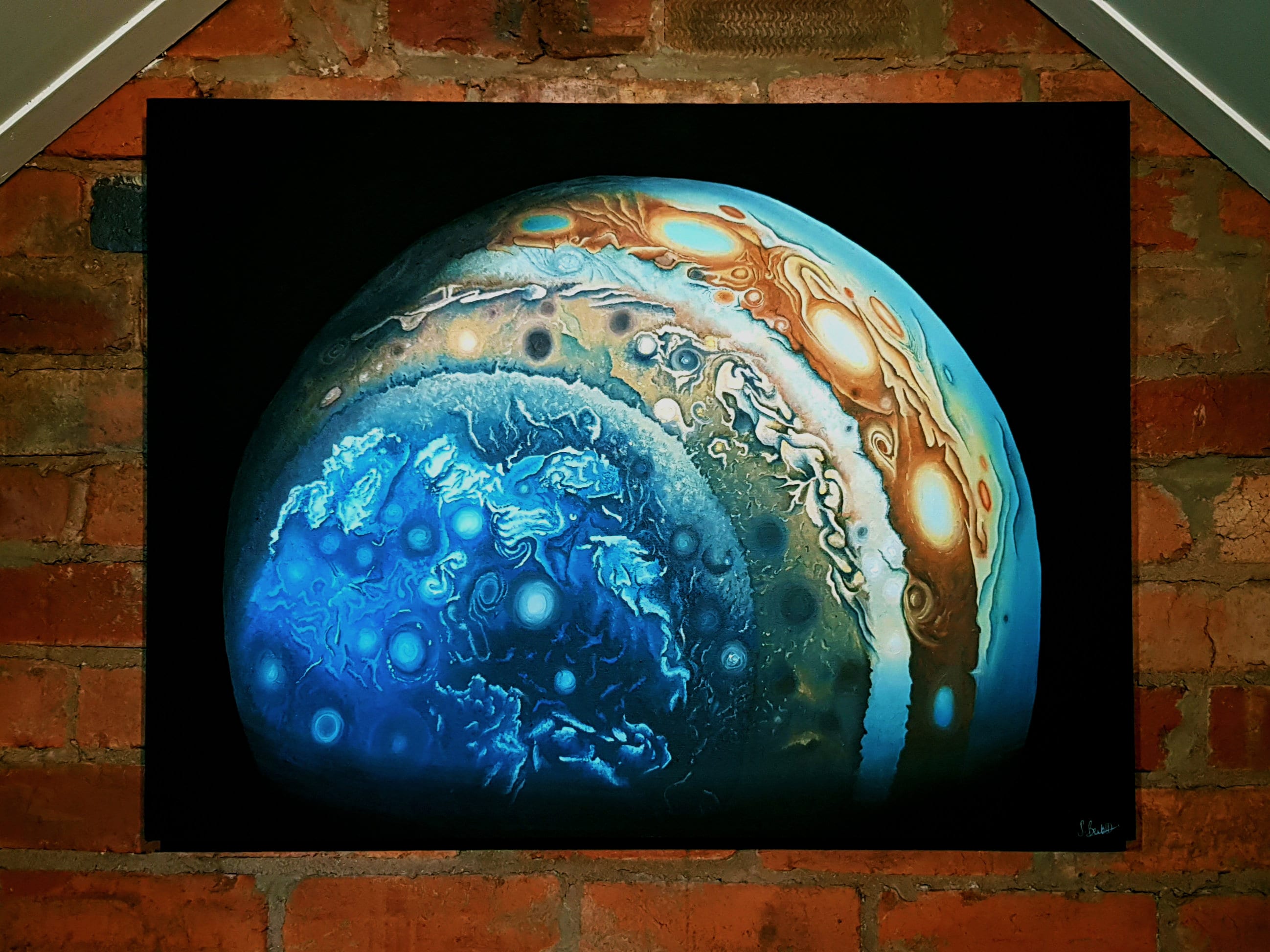 Jupiter, the great gas giant, the largest planet in our Solar System. Jupiter's signature stripes are composed of countless raging swirling storms, and I have tried my best to capture them here. This high quality print is of an original acrylic painting, originally around A1 size, which took 3 months to complete. The painting was based on an incredible photograph taken by the Juno spacecraft, which shows the planet tilted at an angle, and reveals the brilliant blue storms at Jupiter's south pole.

The print is A3 size (297mm high, 420mm wide), including a thin white border. I have tried to include as high a level of detail as I can, which is why this print is only available in A3 size, as much of the detail would be lost if it was any smaller. The print is on high quality paper, produced by professional printers.