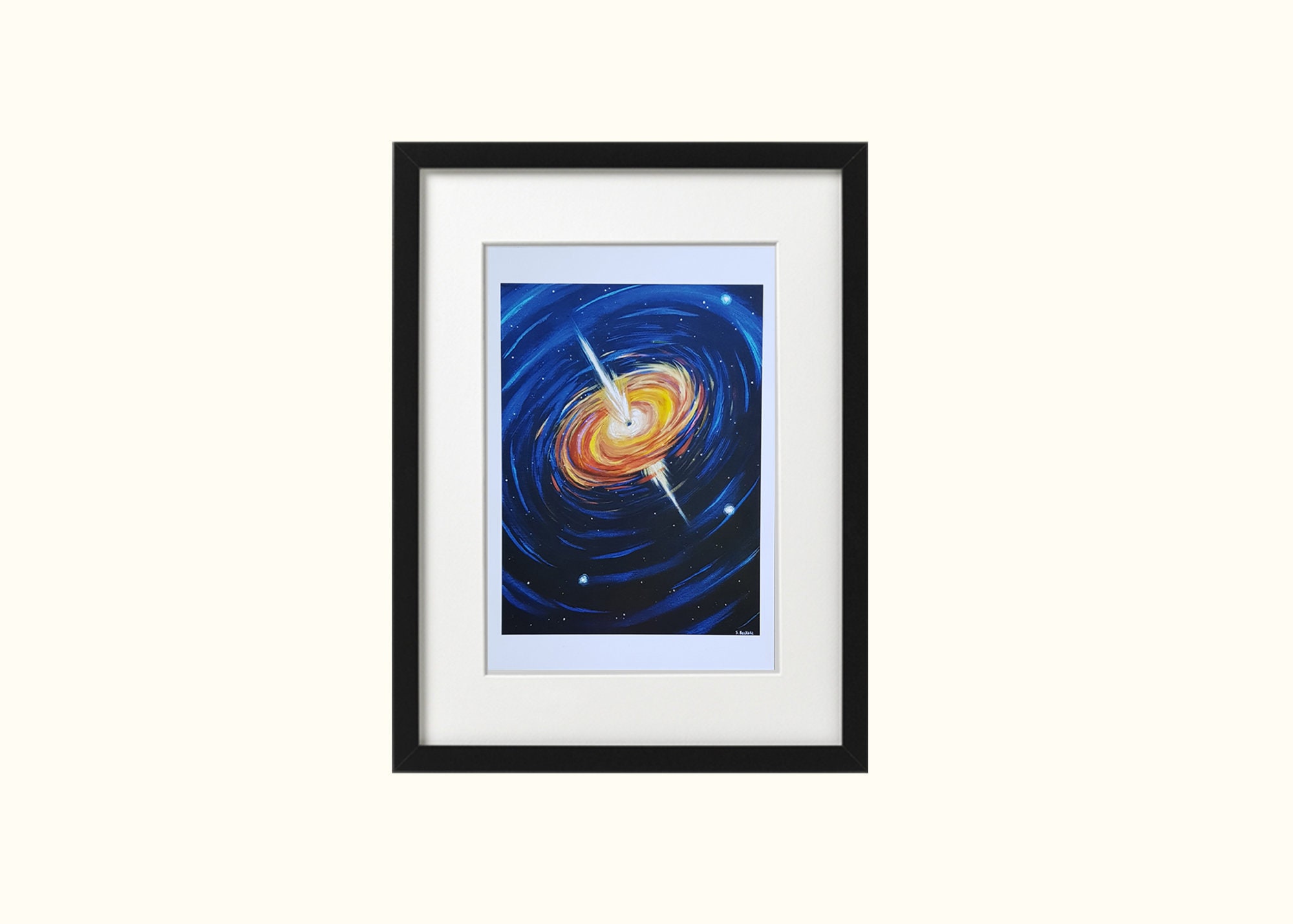 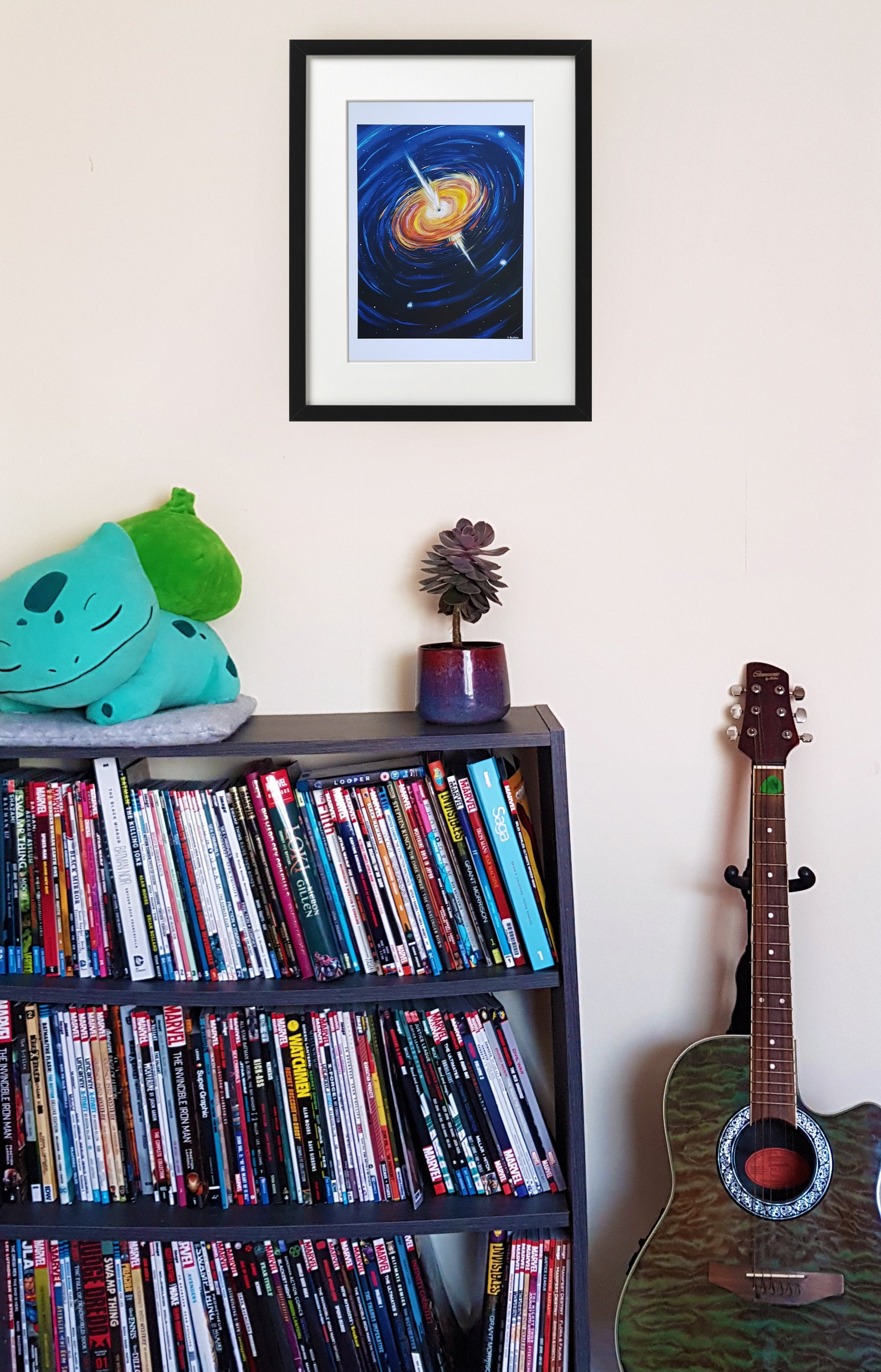 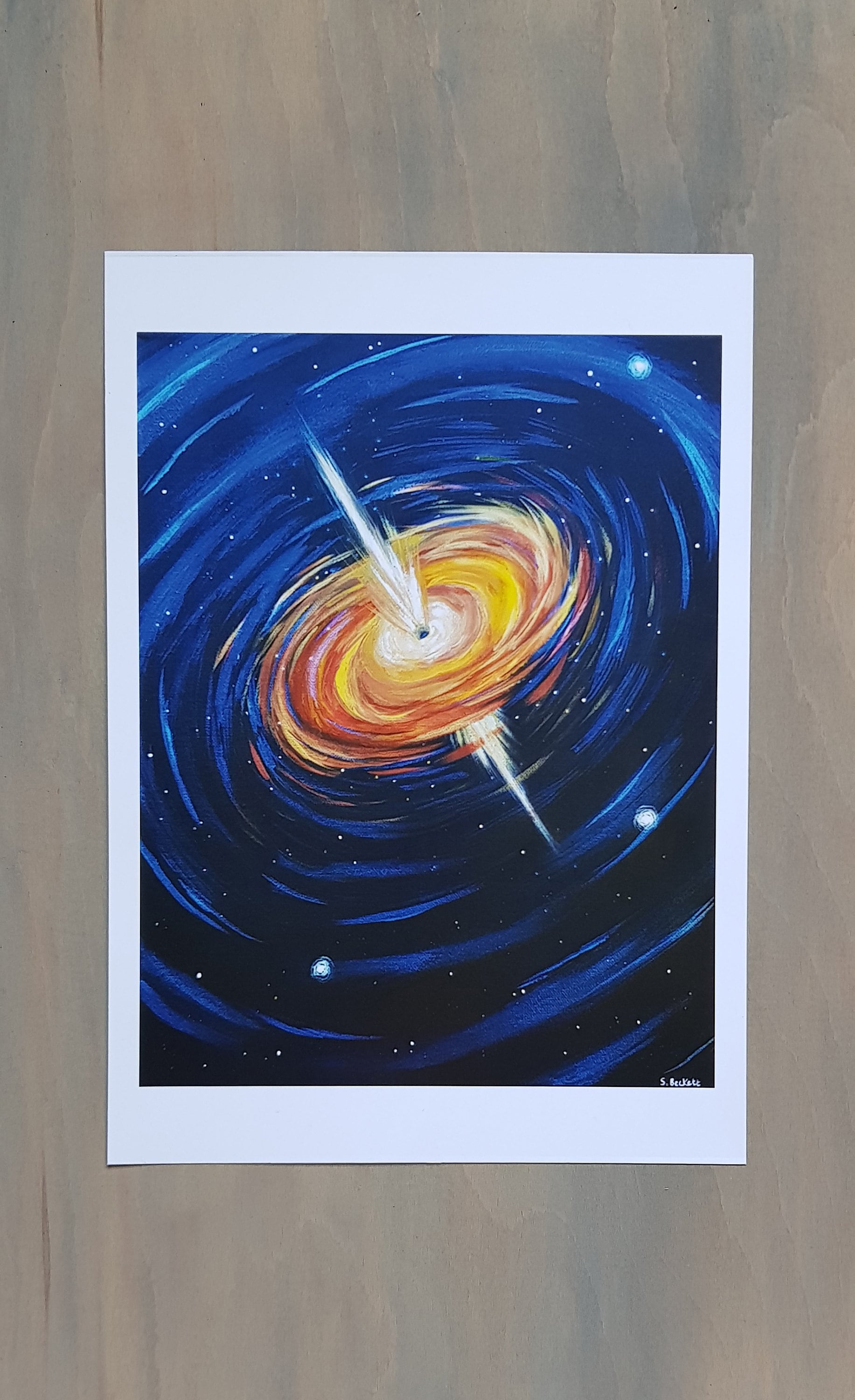 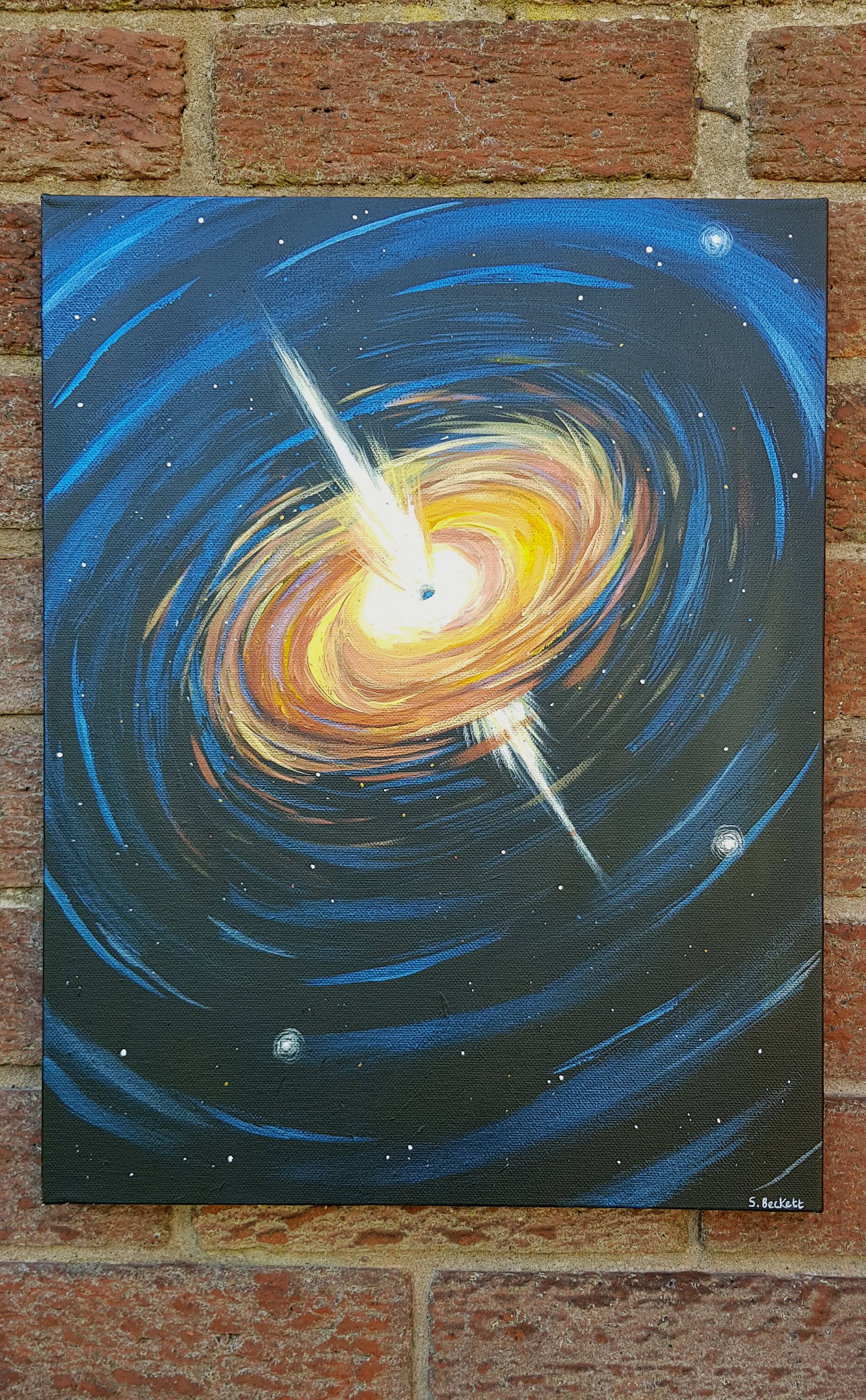 A high quality print of what was originally an acrylic painting on canvas. This painting is an artist's impression of a quasar; quasars are "massive and extremely remote celestial objects, emitting exceptionally large amounts of energy, which typically have a starlike image in a telescope. It has been suggested that quasars contain massive black holes and may represent a stage in the evolution of some galaxies." We do not have any close-up photos of quasars as they are so far away, so this painting is based on what we think they may look like.

The print is approximately A4 sized, including a thin white border. It has been printed on high quality paper by professional printers.