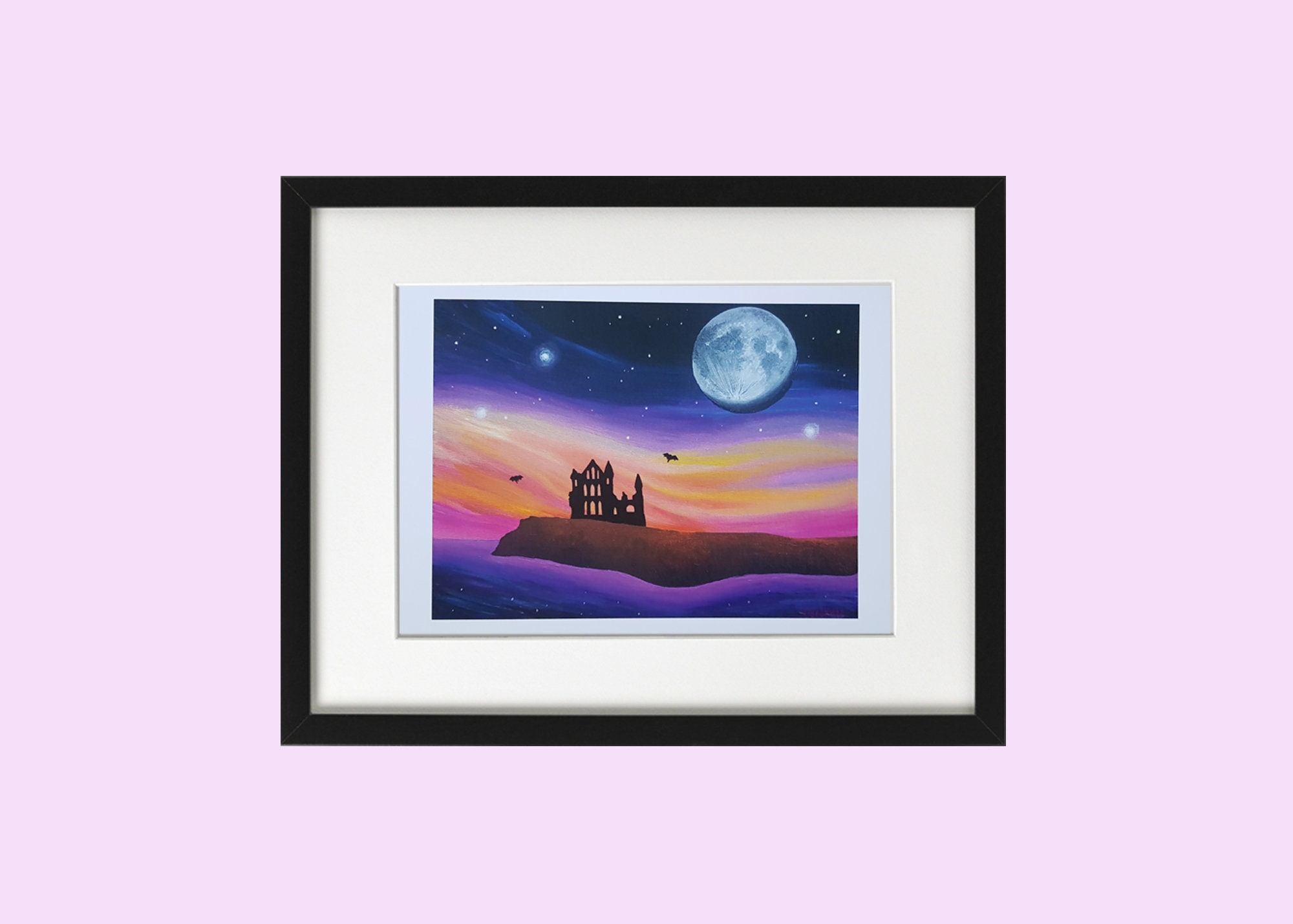 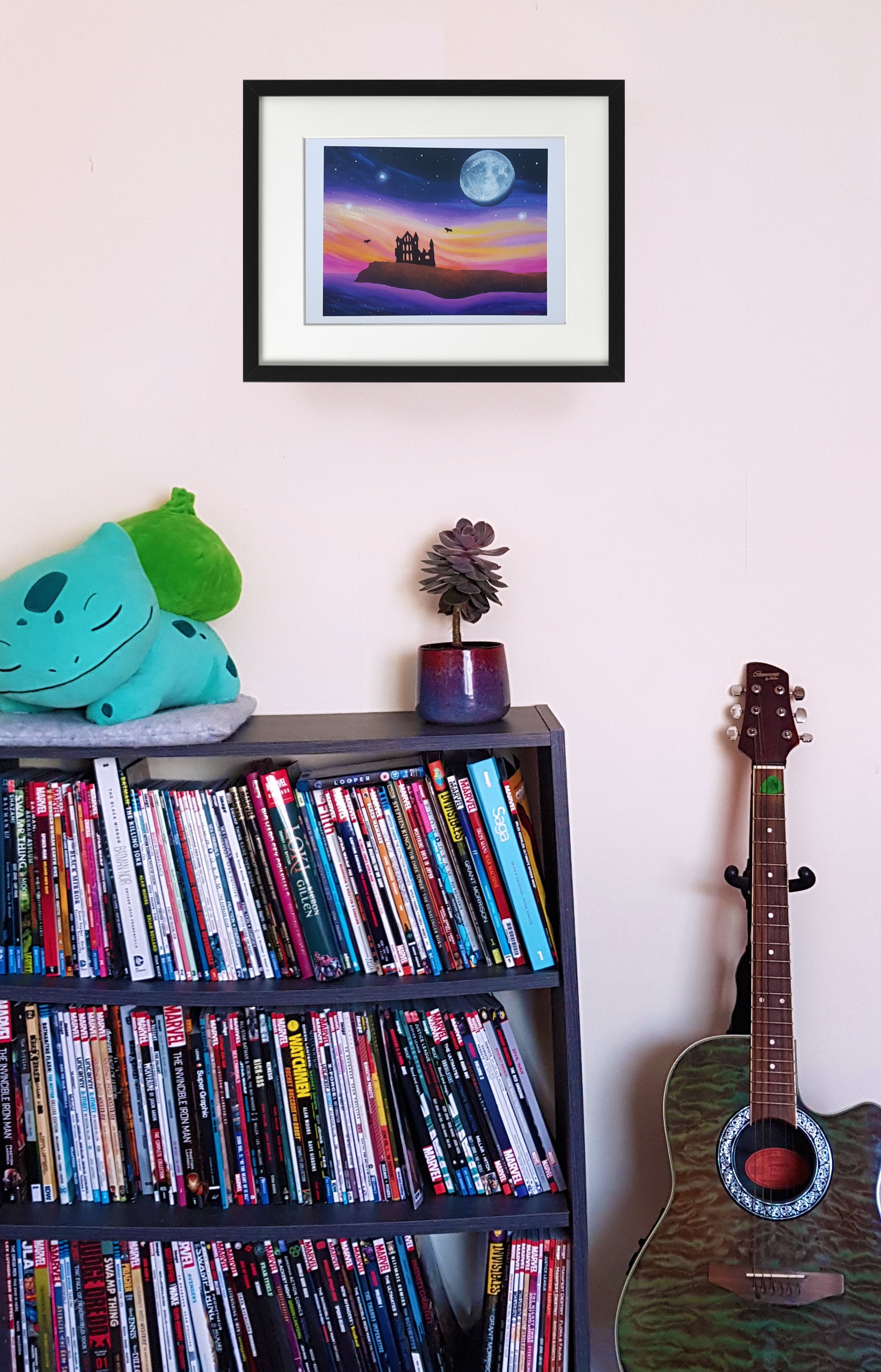 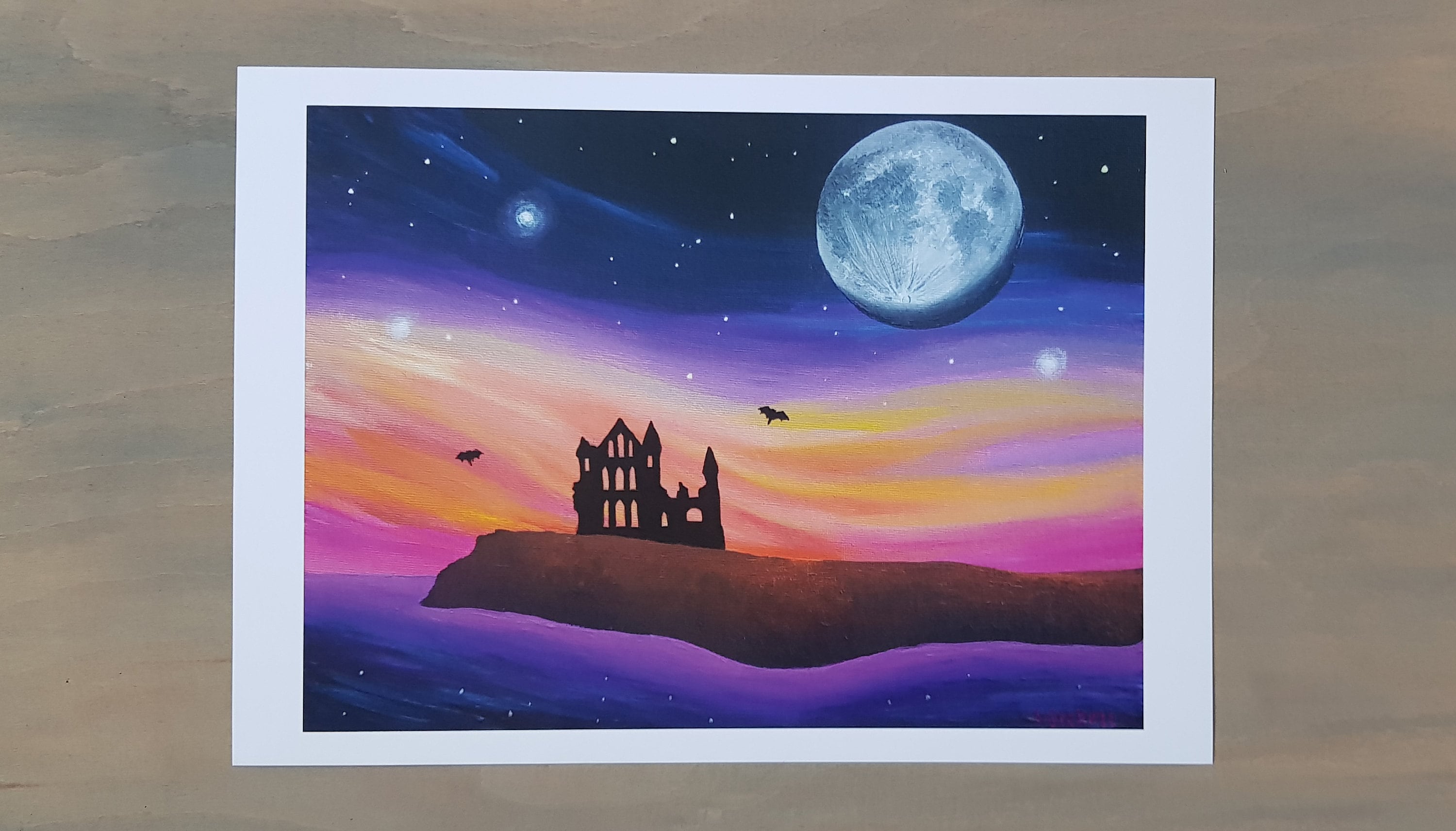 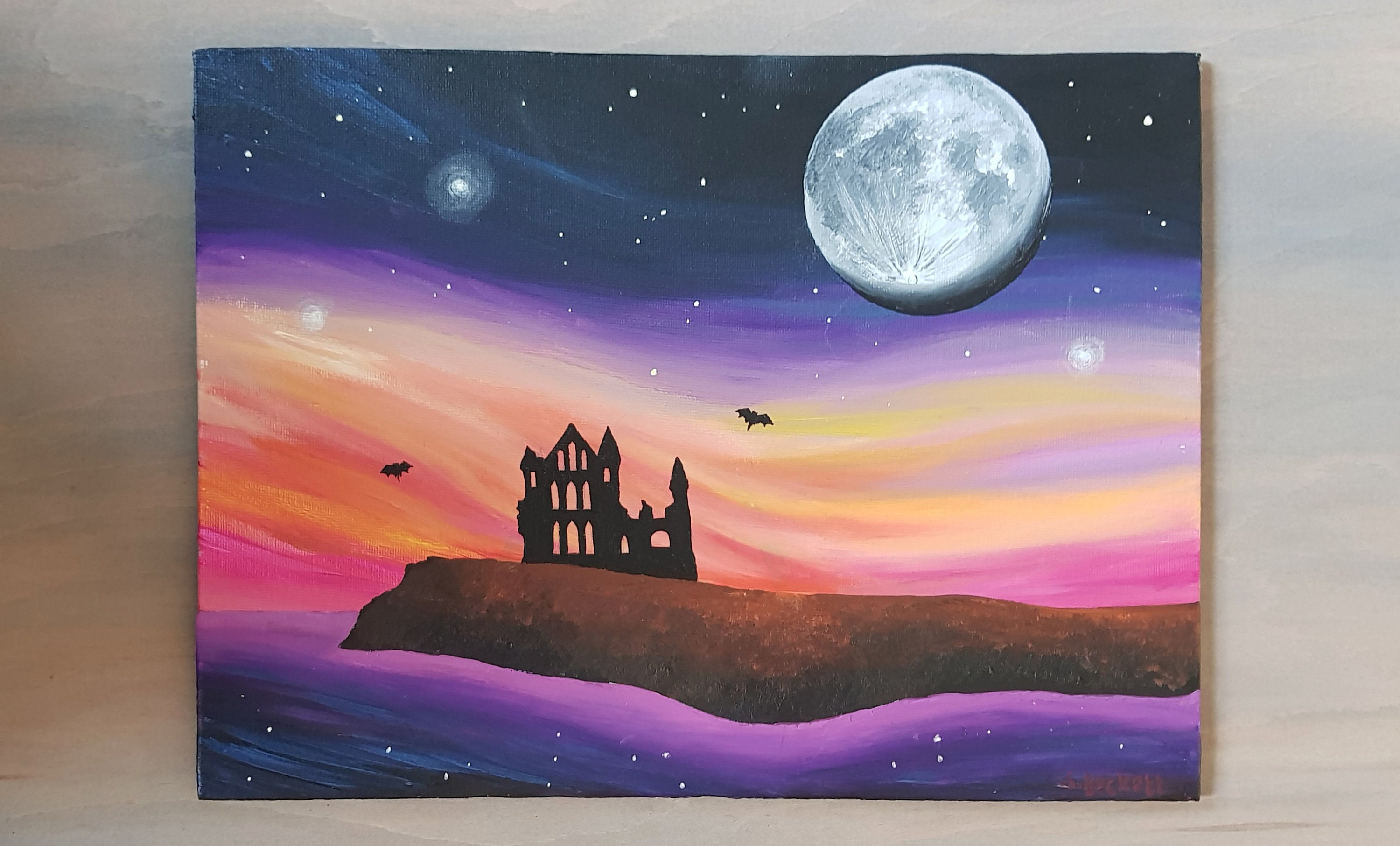 This was originally an acrylic painting done on a canvas board which I did specifically for a Whitby summer fair I was attending. I decided I wanted the silhouette of the Abbey to stand out, so I left out any other buildings from the hill. Whitby gets some incredible sunsets, and I wanted to use that to include a burst of colour, with the moon hovering above.

Whitby is a seaside town in the North of England, and it's also where Bram Stoker's story Dracula was set (hence the bats in the painting.) The Abbey is a ruin now, but still very beautiful, and is the main landmark of Whitby town.

This print is A4 sized, done on high quality paper and made by professional printers. It will fit in any standard A4 size frame. (The print includes a thin white border. The framed print pictured is in a slightly larger frame, so the outer black border is not part of the print.)

Lovely item. My friend will love it 😍