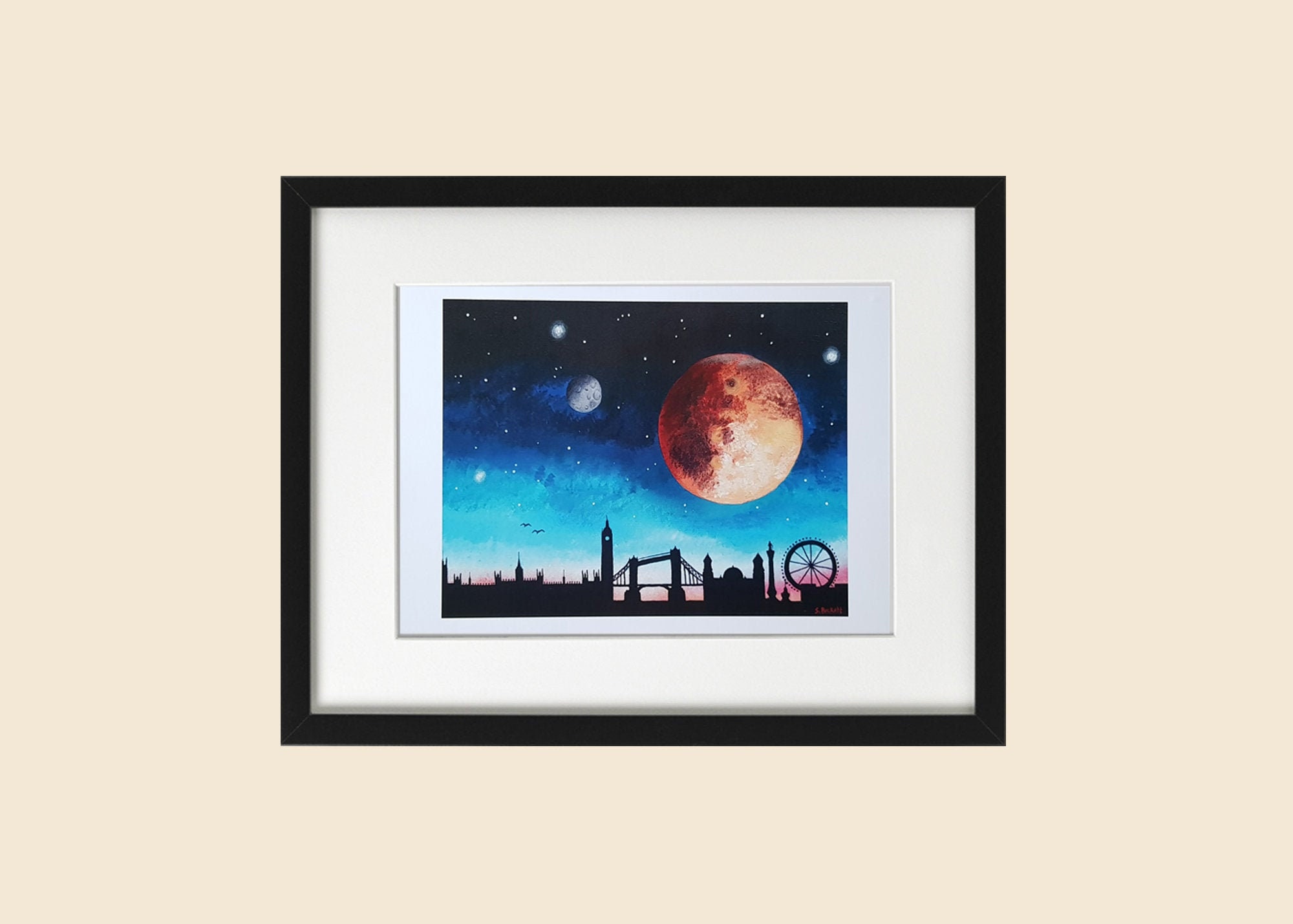 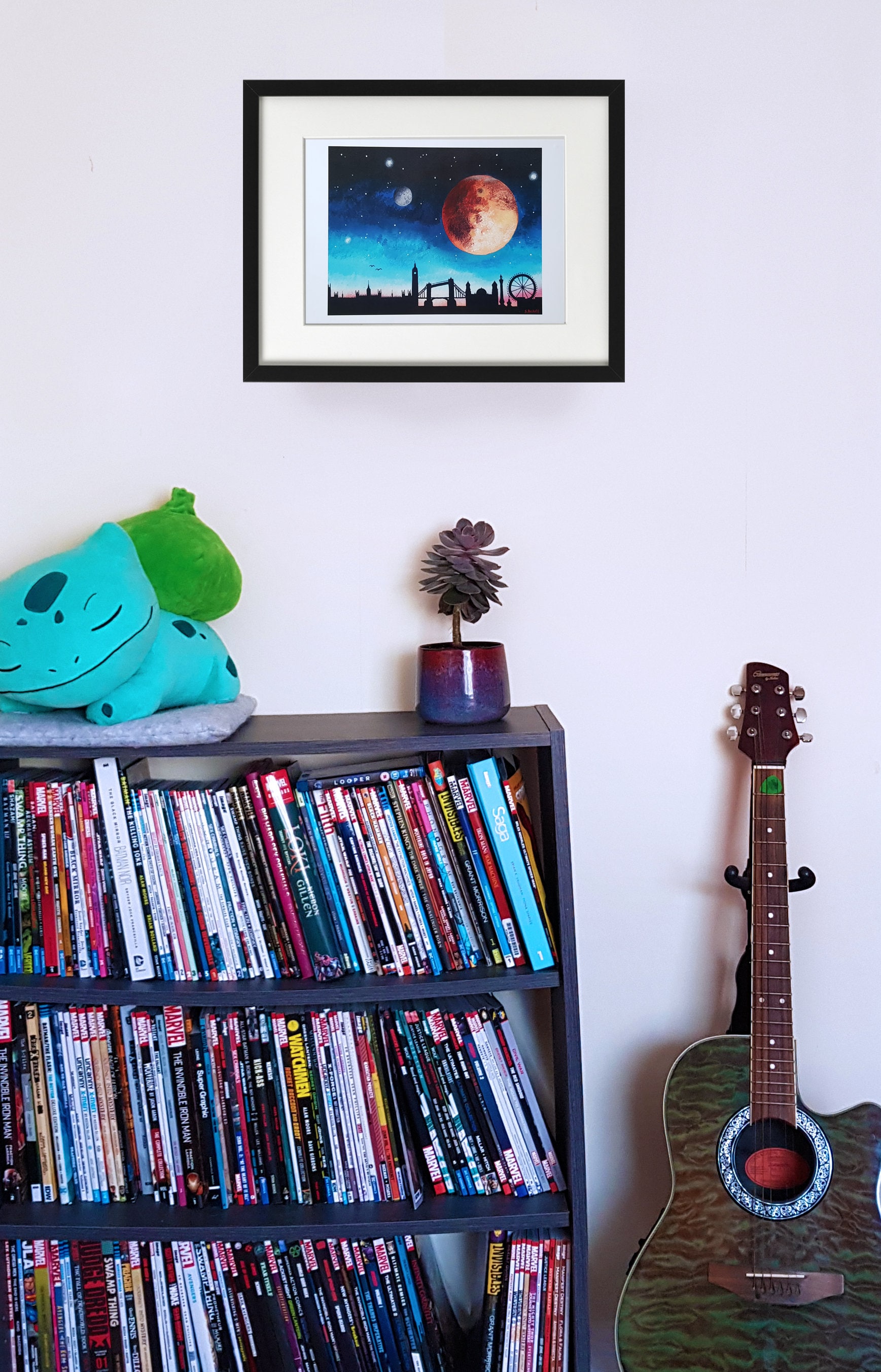 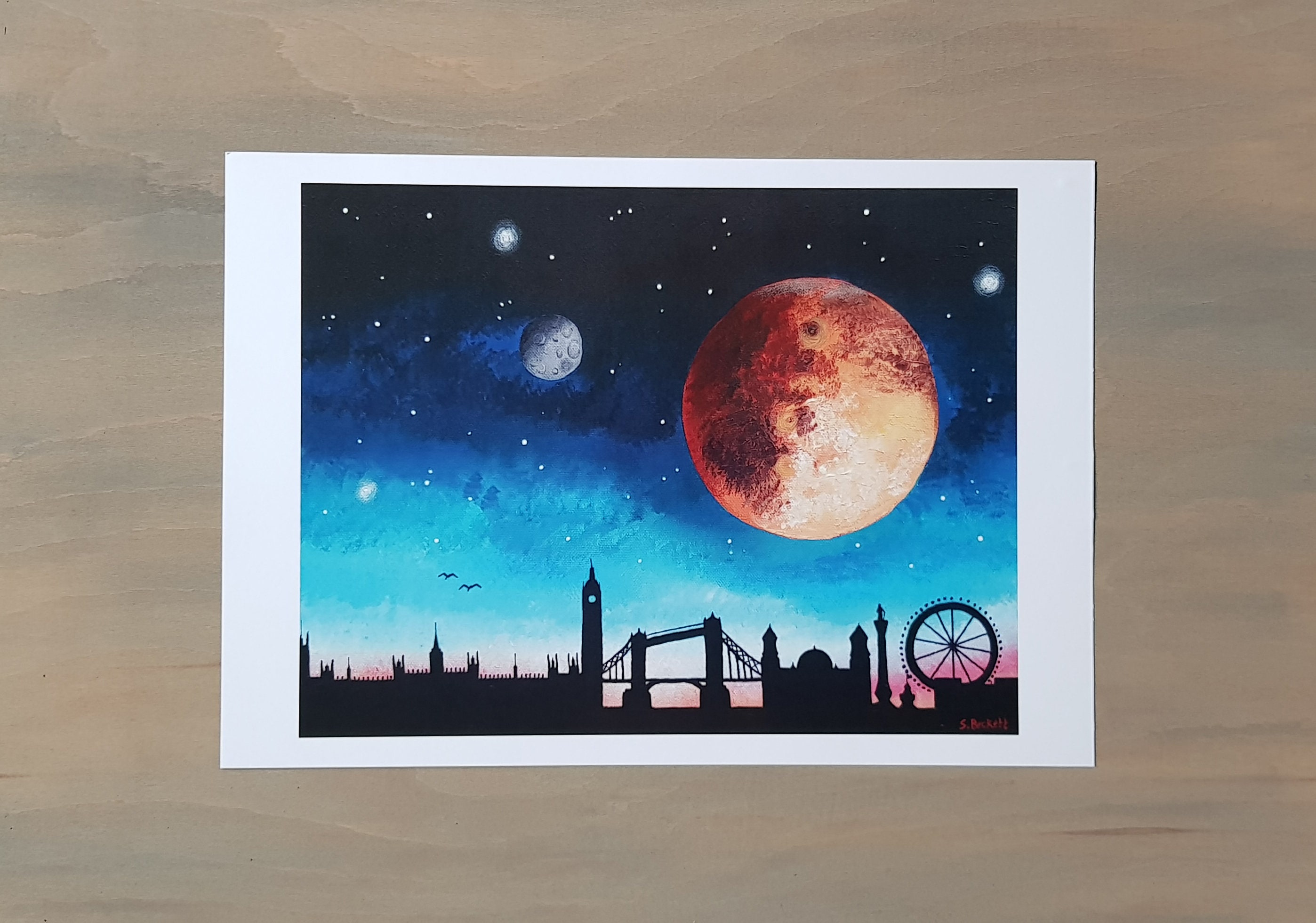 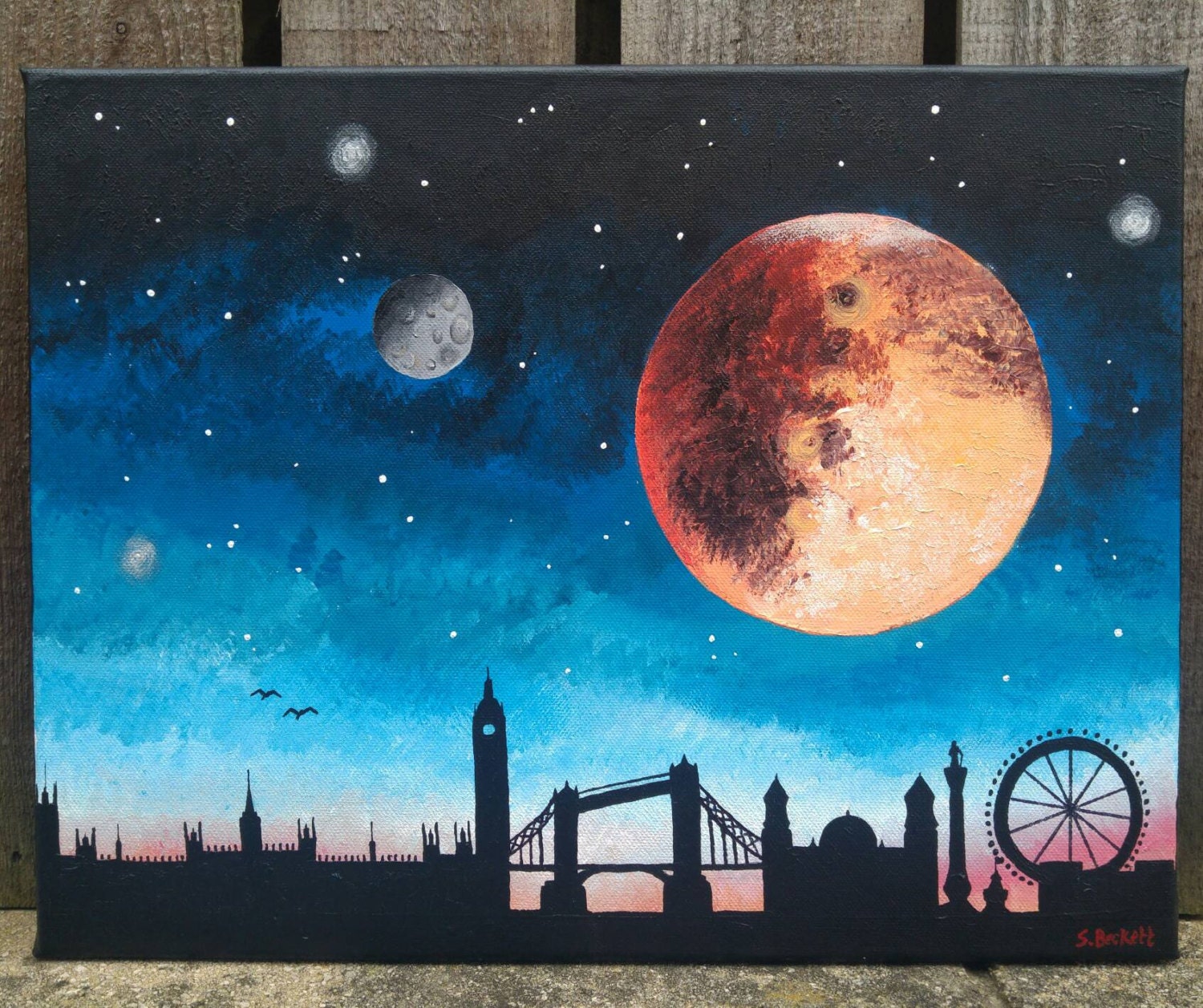 This is a print of what was originally an acrylic painting. This painting shows the red planet Mars as if it was in the sky above the capital city London. Within the London silhouetted skyline, you can see the Houses of Parliament, Big Ben, Tower Bridge, St Paul's Cathedral, Nelson's Column, and the London Eye. Mars is in Space above the city, alongside its largest moon Phobos.

This print is approximately A4 sized landscape, including a thin white border. The print is on high quality paper, and was done by professional printers.